Do you agree with Angus Deaton?

Do you agree with Angus Deaton?

With the announcement of the 2015 Nobel Prizes earlier this month, it was interesting to see the economics prize going to Angus Deaton, a Scottish professor (albeit based in the US) with outspoken views on inequality, foreign aid and poverty measurement — all issues central to Oikocredit’s work and mission. 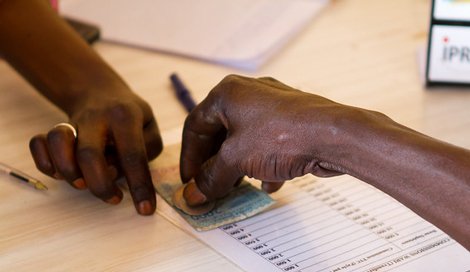 Deaton, quoted in an article in the Financial Times (subscription only), agrees that inequality is an issue, but argues that it’s not all bad: it’s often bred by success, and choking off success and entrepreneurship would not be constructive. This is a dilemma we regularly see with MFIs and SMEs in our work.

While a believer in appropriate uses of foreign aid, he proposes a cap on the amount for each country, as well as a “global public goods agenda” to ensure more of the aid money available is used to deal with longstanding problems such as mortal diseases. He says he believes “in giving money not just in Africa, but for Africa”.

He is also very sceptical of the World Bank poverty measurement projects and the recently-changed international poverty line, saying that “focusing on the number of people who are below the line is like chasing a unicorn through the woods”. I’ll be looking at how we measure poverty in an upcoming blog post, but Deaton firmly believes there is more to poverty than cash  — he uses India as an example of a country that has grown substantially in terms of per capita income, but where education and health outcomes are often dismal.

And finally, he’s a critic of the UN’s 17 SDGs, saying there is no way to measure them and that “a lot of it is just people trying to make themselves feel better.”

His arguments are interesting and while I don’t understand what unicorns have to do with anything, I agree with most of his views. But what do all of you think?