The eyes of Oikocredit

The eyes of Oikocredit

They have visited 184 partner organisations and met 800 people worldwide for Oikocredit International, more than any Oikocredit staff member. Dutch photographer couple, Pauline and Wim Opmeer, are the eyes of Oikocredit.

First she washes her hair. The president of a Peruvian cooperative wants to look her best, after all, official visitors are coming. Actually, Pauline and Wim Opmeer had come to the village to take photographs of the people and their everyday lives. But the couple have grown used to being foreign photographers, and the reason for people to make a special occasion.

Pauline and Wim Opmeer left their careers as an architect and a manager ten years ago. As newly trained and self-employed photographers, they wanted to record the opportunities that arise from development cooperation. Oikocredit was one of their first customers. But it would take another four to five years before they had a steady customer base and could earn a regular income from this work.

Travelling up hill and down dale

Today, they supply 15 organisations from the Benelux countries with pictures and reports from the global South. The rough planning of which continent and which countries is done four years in advance. For transport in Africa and South America, the couple use their own 4x4 campervan, which they regularly ship between the two continents. In Asia, they have to use planes, buses and taxis.

The many kilometres of travel can be physically challenging. This is especially true of the last few kilometres to reach partner end-clients, as the roads and the vehicles are often in a bad condition. On the way to an alpaca farmer in Peru, they spent five hours each way in a small jeep. “Standing two metres high, Wim was allowed to sit in the front, but he also had the many bags of photography equipment with him,” Pauline says with a smile. 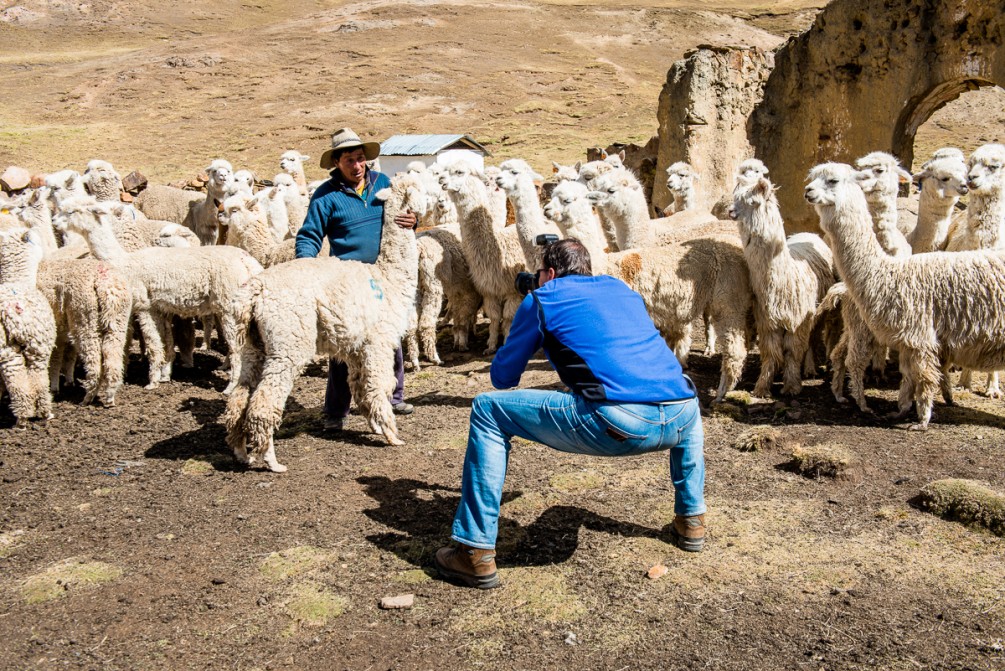 A photoshoot with foreign photographers is a special occasion for many local people. When visiting a coffee cooperative in Honduras, the village inhabitants dressed up to officially welcome the guests. Before they started work, they also wanted to eat a meal together. Often, Pauline and Wim are accompanied by local Oikocredit partners, which adds to the formality.

By the time they get to work, the morning light has often given way to bright sunshine, and there is little time left before the return journey. So, in Honduras and many other times, the person to be photographed had disappeared and must first be found on the plantation doing their daily work.

Wim sums up this test of patience: “Here you have to uphold the culture and your role as a guest, but not forget the work”. When it comes to the photoshoot, the Opmeers also have to respect the wishes of their customers. Oikocredit, for example, attaches great importance to making individual people the focus and showing them in the everyday environment of the work financed by partners of Oikocredit.

Time is pressing, but…

In this line of work, your language skills are often not enough. A local translator is needed to write down people's stories. Not infrequently, a five-minute statement is then summarised into a terse, “Everything is good”. But without a person's story, the picture is only half as good. So it is a matter of asking questions with a lot of patience. Then an “Everything is good” response becomes a moving story. A story such as: “With the help of the loan I was able to build up my own business. Now I have an income for myself and my employees. I look positively to the future because there is also money for my children's education”.

Pauline and Wim Opmeer always travel together. Because depending on the culture and religion, women for example may not be photographed by men. In India, pictures were taken of a woman who had removed her headscarf especially for Pauline. In many other cases, it is a question of trust in the photographer. This situation puts a big smile on Wim's face: “We are then good cop, bad cop, and one of us gets to shoot the coveted picture”. 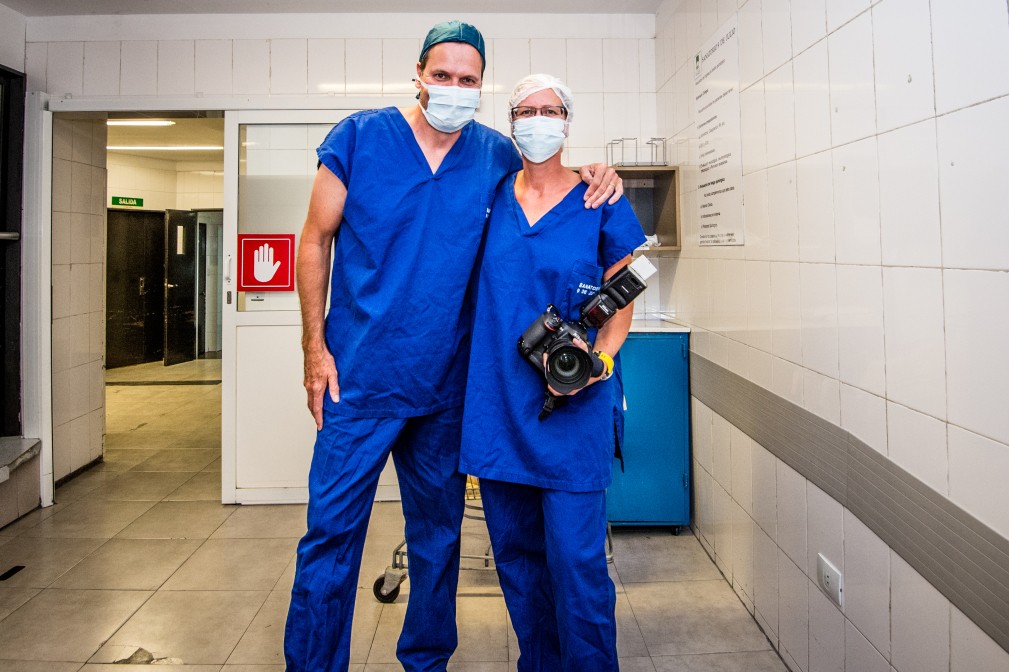 The uncertainties of life

The Opmeers organise and finance their own trips. Only when the assignment is fulfilled do they receive the agreed payment. So 2019 was particularly challenging because of: social unrest in Zimbabwe, an Ebola outbreak in Uganda, renewed unrest in Ethiopia and the revolution in Lebanon leading to shortened and postponed stays. With the outbreak of the Covid-19 pandemic, they had to interrupt their work in India and Nepal. They used this time for a “sabbatical at home” and to rest their tired bodies and souls.

“In our old jobs we liked only 20% of the activities, now it's 80%”, they tell us. The couple are convinced that their photos tell part of an important story and make a positive and lasting contribution to development cooperation. That is why the flights to Namibia have already been booked. They are expected to arrive first, their campervan has been stationed there for over a year.

Pauline and Wim tell us: "We are very much looking forward to soon being able to use our photographs again, to record the impact of investing for the Oikocredit investors."