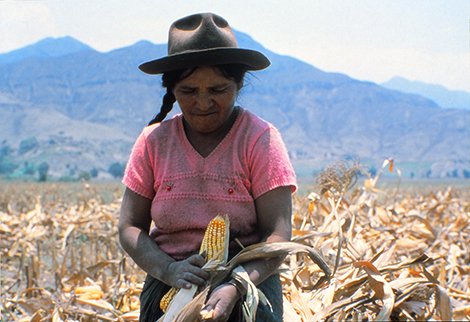 In Ecuador over 20% of the population live below the national poverty line*. Among the country’s rural population this proportion rises to over 50%**. Fondo Ecuatoriano Populorum Progressio (FEPP), Oikocredit’s first Latin American partner, was founded in 1970 in response to the plight of Ecuador’s rural poor.

Father Leonidas Proaño, a Roman Catholic priest and FEPP’s founder, had visited the village of Salinas in the province of Bolivar, named after what had once been its principle source of income: salt. But when Father Proaño visited Salinas the salt fields were drying up and many farmers had left for the city. Only 50 farmer families were still living in the village and in poor conditions. The situation inspired Father Proaño to found the non-profit private organisation FEPP, headquartered in Quito.

Father Proaño begun by encouraging the villagers to make products such as cheese and sausages that could be sold in the city. Their activities soon expanded and more working capital was needed, but local banks refused to provide loans. Oikocredit saw FEPP’s potential and provided an initial loan of US$ 100,000, which was disbursed in 1978, making FEPP Oikocredit’s first Latin American partner.

“I remember when we contacted Oikocredit, which was still called Ecumenical development Cooperative Society UA at the time,” explains José Tonello, FEPP’s managing director. “In 1978 FEPP was a small organization looking to provide development support to farmers and indigenous people in Ecuador. This is why we were granted one of Oikocredit’s first loans.”

FEPP used this first loan to increase its credit fund enabling farmers to improve production. A further three loans made by Oikocredit in 1993 (US$ 150,000), 2001 (US$ 300,000) and 2003 (US$ 100,000) were used for strengthening and expanding the activities of Camari, which was established in 1981 to complement FEPP through the commercialization of products produced by small-scale farmers and artisans. 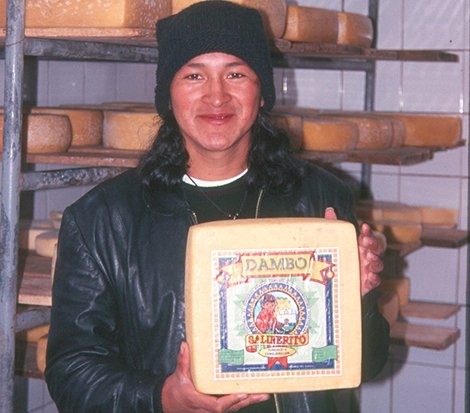 Today Salinas is a thriving community renowned as Ecuador’s ‘cheese capital’ and home to dozens of industry cooperatives that grew out of FEPP’s vision. But the people of Salinas are not the only ones to have benefited from the work of the organization now known as Grupo Social FEPP (GSFEPP). Today GSFEPP reaches around 700,00*** people across Ecuador and is active in areas including land access, conservation, alternative energy, drinking water and local financial markets.

Since Oikocredit’s initial loan in 1978, both Oikocredit and GSFEPP have developed in alignment with the visions of the organizations’ founders. GSFEPP has grown to become a major force for social and environmental development and inclusion in Ecuador. “The most important result of our work in Ecuador is that people have been able to expand their knowledge, enrich their values and strengthen their relationships,” says Tonello. “In this way they have been able to get out of poverty, thus improving the prospects of their families and their communities.”